Below are are some Photos and a Music Video from the "Path to a Play" event which took place at the LaBelle Winery and Event Center, Amherst, NH on Feb 20. Thank you all for coming! We can't wait to share the NH production with you in October. 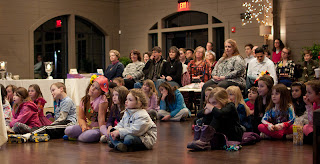 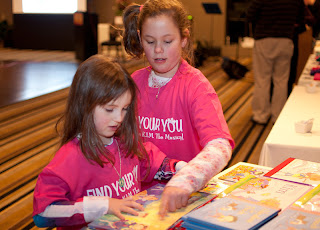 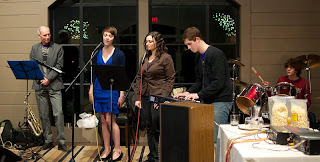 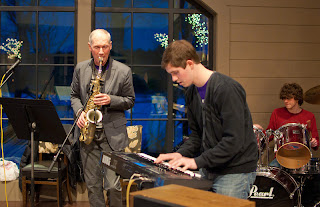 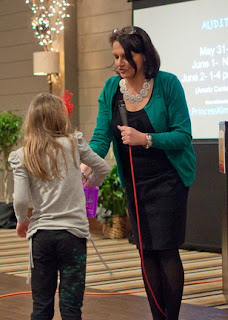 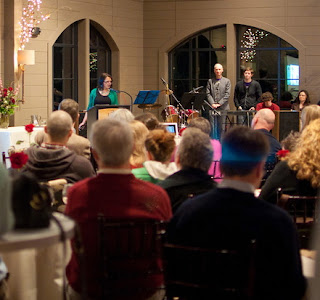 All photos by Sherry Thompson


Everyone Makes Mistakes- an Original song from Princess K.I.M. The Musical. Lyrics By Andrew Cass, Music by Andrew Cass and Premik Russell Tubbs. Sung by Andrew and Michelle Dupuis, Premik on Sax, Isaiah Cass on Drums.     ENJOY!
Posted by Maryann Cocca-Leffler at 9:45 AM No comments:

We Made Publisher's Weekly!

We are excited to share this recent NATIONAL Article in Publisher's Weekly written by Judith Rosen;
Princess K.I.M. Heads from Page to Stage
After three decades as a children’s book author and illustrator, Maryann Cocca-Leffler is adding dramatist, set designer, and producer to her list of accomplishments, as she attempts to take her play, Princess K.I.M. The Musical – based on her books Princess K.I.M. and the Lie That Grew and Princess K.I.M. and Too Much Truth – to Broadway. She seems to be on the right track: Cocca-Leffler’s play won first place in the 2012 Ronald M. Ruble New Play Festival at the Caryl Crane Children’s Theatre at BGSU Firelands in Huron, Ohio, where it will get a full production in April.

Like her other books, the Princess K.I.M. titles are based on an incident from Cocca-Leffler’s own childhood, when she told her second-grade classmates that she had the last name “Cocca” because her father owned the Coca-Cola company. “A little lie can snowball and become bigger,” Cocca-Leffler says. “I took that concept for Kim. She tells the kids her name isn’t Kim, then she tells them she’s from royalty.” From the beginning, Cocca-Leffler thought that Princess K.I.M. might lend itself to theater. When she sold her first Princess K.I.M. book to Albert Whitman in 2007, she kept the play and performance rights – the first time she’d ever done so.“I thought it would make a cute play,” says Cocca-Leffler, who had previously had a local New Hampshire theater adapt her book Bravery Soup for a small performance. “That’s what put the bug in my ear that translating [a book] from page to stage might be exciting.” Then, through her daughter, she met actress Toby Tarnow, who starred as Anne of Green Gables in the 1956 film, and who founded the Riverbend School of Theater Arts in Milford, N.H. “In my mind, I thought: small play, one-time deal,” says Cocca-Leffler, “and Toby said, ‘No, this is going to Broadway.’ ”
For Cocca-Leffler, the hardest part has been expanding the story and adding more depth to the characters. “I spent my whole career as a children’s book author taking an idea and consolidating that idea into a 32-page book,” she explains. “I learned to compress. We are now doing the opposite – expanding the idea and developing the backstory.”
Tarnow has taken on the role of co-adaptor and helped Cocca-Leffler develop the play. She also introduced Cocca-Leffler to composer-lyricist Andrew Cass and composer-arranger Premik Russell-Tubbs. But Cocca-Leffler has taken part in each step of the process involved in turning the books into a two-act, 90-minute show with intermission. She has approved songs like “Just an Old Lady in a Buick” and collaborated on the lyrics for others, like “Find Your You.” “My creative path has led me here,” she says. “I’m not saying I won’t be doing [more] children’s books. I have books in the works. It’s so refreshing to do something different. To me this is another palette or tool to express my writing.”

Her publisher, Albert Whitman, has been supportive of Cocca-Leffler’s theatrical efforts. “We are excited for Maryann and are sure that Princess K.I.M. The Musical will delight fans of both picture books and theater,” says senior v-p Pat McPartland. In addition to the Ohio production, Cocca-Leffler is preparing for a second run this fall, from October 3 to 6, at the Amato Center for the Performing Arts in Milford.
To introduce the show to area families, she organized an event with her creative team earlier this week at the LaBelle Winery in Amherst, N.H., about the making of the play. She is planning to hold an open casting this summer, so that rehearsals can begin at the end of July, well before school starts. “My ultimate goal,” says Cocca-Leffler, “is to have a licensing agent or play publisher to bring my play national.” Princess K.I.M. fans: keep your eye on Playbill.com.


Posted by Maryann Cocca-Leffler at 5:14 AM No comments:

Thank you to everyone who attended THE PATH TO A PLAY event at the Labelle Winery & Event center on February 20th. We were honored to introduce Princess K.I.M. The Musical to the community and thrilled with the turnout and enthusiastic support. We will be posting photos and video in the coming days. So stay tuned. "LIKE" us on facebook and spread the word! We can't wait to share our play with you.

Posted by Maryann Cocca-Leffler at 8:50 AM No comments:

Email ThisBlogThis!Share to TwitterShare to FacebookShare to Pinterest
Newer Posts Older Posts Home
Subscribe to: Posts (Atom)
We invite you to follow Princess K.I.M. The Musical,
an Award winning original children's musical. You can now bring Princess K.I.M. to your community. Performance rights for three versions of the play are available.
We look forward to seeing where Princess K.I.M. goes next!
Explore the blog.
Hope to see you at a show soon.
With Royal Wishes-
Maryann, Toby, Andrew & Premik
Follow @PrinKimPlay
OUR SUPPORTERS & SPONSORS